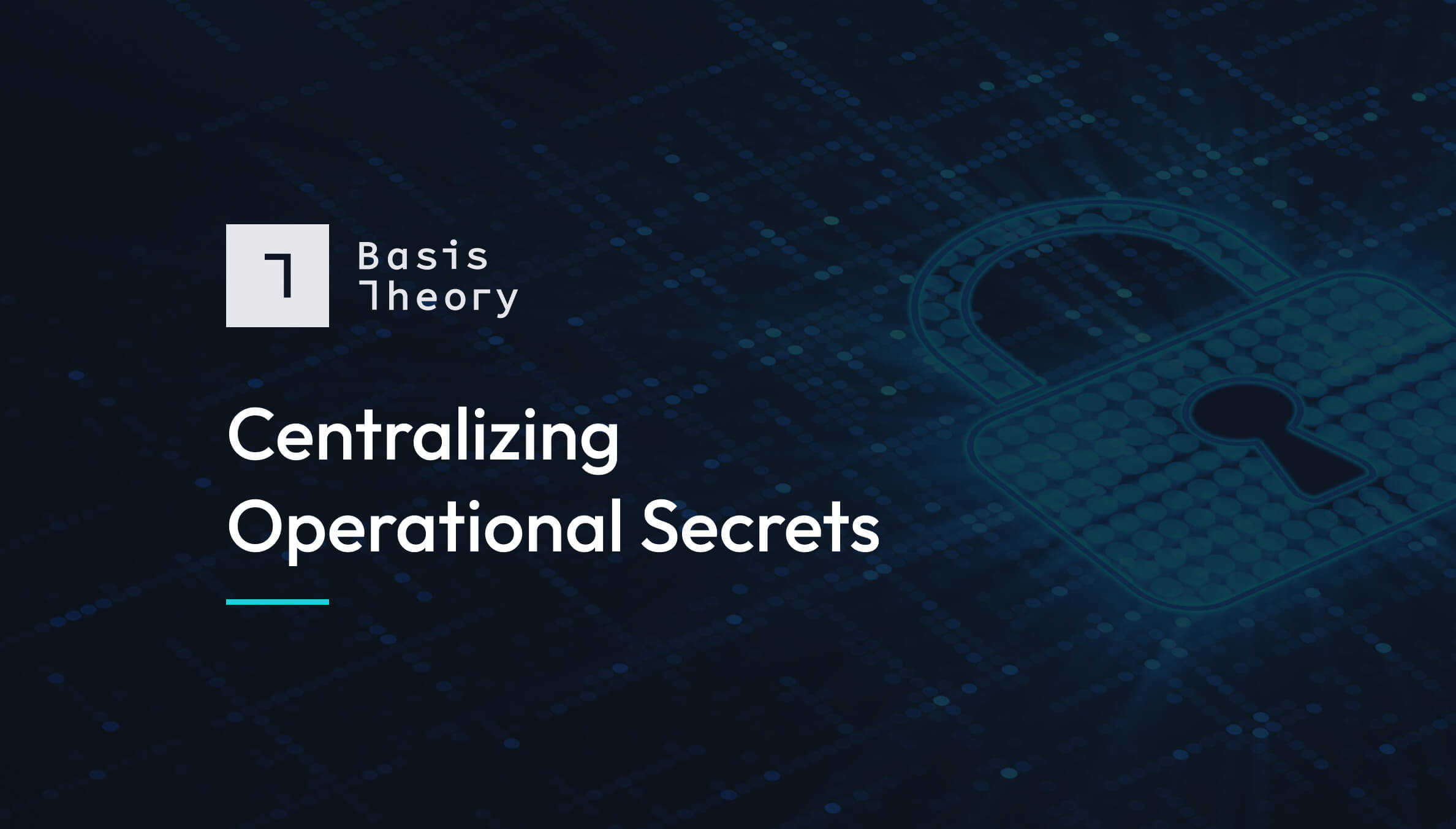 Organizations need to manage secrets for operations and systems at scale, but solution effectiveness varies. In this blog, we explore options, their known gaps, and a solution Basis Theory developed for the Ansible community.

Secrets are sensitive values, such as passwords, keys, and certificates, that must be shared across multiple systems—from applications to servers to build systems.

Some standard solutions to handle secrets are:

When asked to securely store, handle, access, and distribute secrets, existing solutions encounter problems. We want a solution that enables us to store a reference to the secret within our configuration or state files; easily distribute the secret across multiple systems and applications; restrict access to the secrets; and have the solution low cost.

To demonstrate how to solve this problem, we developed an Ansible Lookup Plugin. The Plugin stores a Basis Theory token within the Ansible configuration, allowing us to perform just-in-time lookups of the original secret value whenever we configure our systems.

“Ansible Lookup plugins retrieve data from outside sources, such as files, databases, key/value stores, APIs, and other services.”

First thing we need to do is create the plugin. We do this using our Basis Theory Python SDK.

We configure the client configuration and connection:

To use this in Ansible, we just call the lookup like any other lookup, and the simplest example is getting back a value, setting a variable, and then interpolating that variable in a file:

And that’s it. With about a dozen lines of code and our Python SDK, we retrieved a secret directly from Basis Theory in our Ansible playbook.

Interested in trying Basis Theory? Simply register an account, name your first Tenant in our Web Portal, and create an application. Takes less than a minute and there’s no credit card required. Have questions? Contact us!