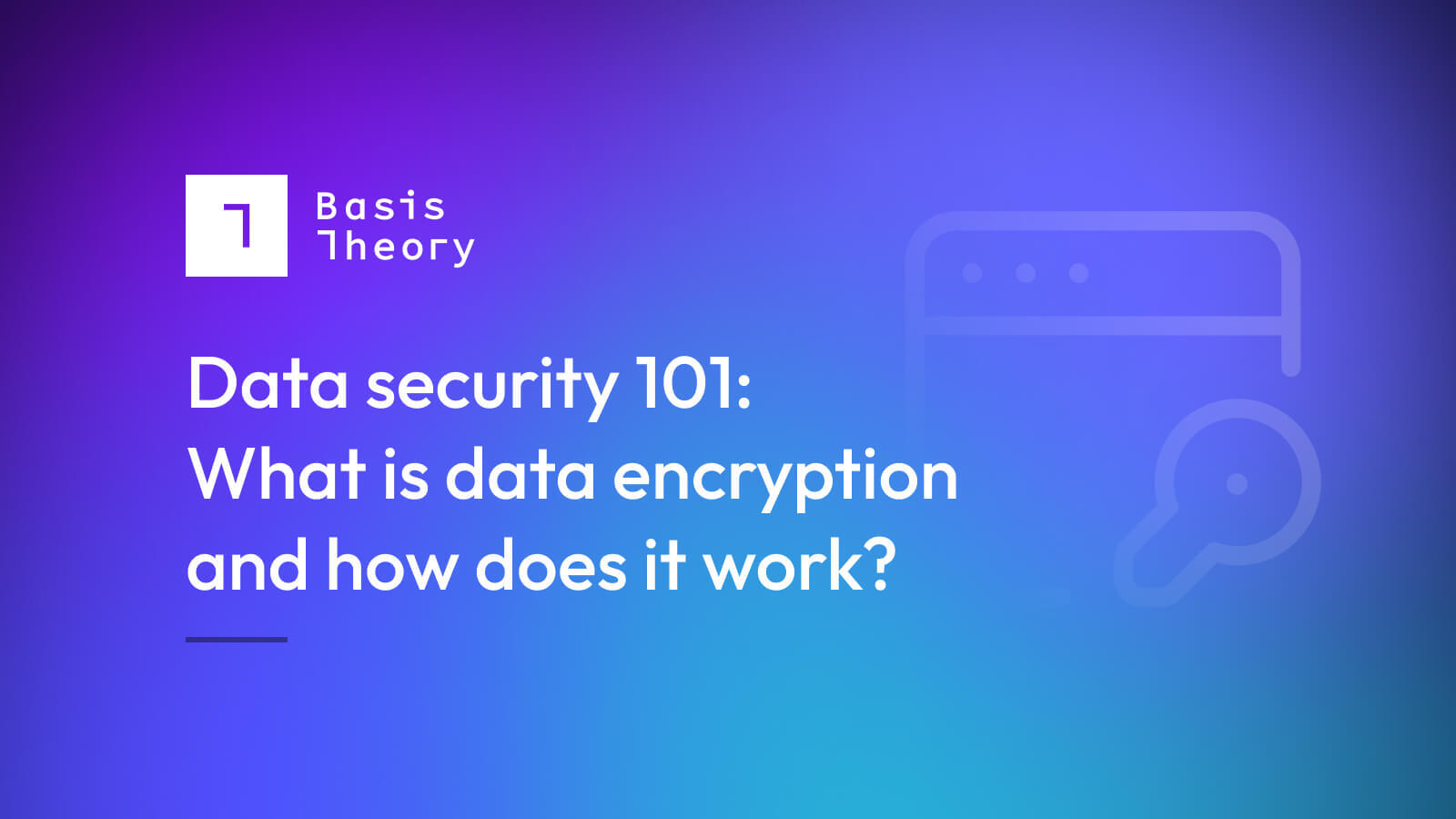 What is data encryption and how does it work?

Encryption is a complex topic. Let’s use visuals and plainspeak to break down encryption. Welcome to the world of data encryption and security.

Every day, businesses accumulate more data to help drive their decisions and understand their market. That data is not only confidential to the business, but often contains the personal information of its customers. Keeping this data safe is imperative to the business, to its customers, and to its partners.

In one sense, it is easy to keep the data safe: put it somewhere that it is completely inaccessible. This, of course, is not practical. Systems need to be able to access the data in order to analyze it; some users need to review and analyze the data to assist with business decisions; some data, such as payment information, needs to be used on a periodic basis to process invoices. How does a business keep the data safe and secure while still keeping it usable?

There are many different ways to encrypt and decrypt data. Most systems employ several different solutions, making the overall data security and encryption strategy more robust but also more complicated and harder to manage. Understanding the fundamentals of data encryption can help design those solutions and remove some of the pain points.

What is data encryption?

The dictionary definition of encryption is “to change (information) from one form to another especially to hide its meaning.” Many kids learned one of the most basic forms of encryption in grade school: the Caesar Cipher. Simply shifting the letters of the alphabet over results in a message that looks like nonsense, but if you know how many characters the alphabet was shifted it is easy to decode. Imagine shifting the alphabet 4 characters, where “A” becomes “G”, “B” becomes “H”, and so on. Using this most basic cipher, decrypt this message:

This example is extremely simple and very easy for modern computers to break; with only 26 possible shifts, a computer can try all of the possibilities in less than a second. However, it illustrates four key elements behind encryption:

Decryption refers to the process of unscrambling the encrypted ciphertext back to the original value. At the highest-level, it’s the same process as encryption, but in reverse. We’ll unpack this a bit more in the section below around different types of encryption.

There are numerous different encryption algorithms. NIST classifies the algorithms into two categories: symmetric and asymmetric.

Many algorithms once considered to be a best practice are now considered weak. As computers get more powerful and can process more data in less time, the time and energy needed to break the algorithm becomes less and less. A couple of examples of algorithms now considered weak are Data Encryption Standard (DES), which is symmetric, and RSA with a short key (asymmetric).

Other algorithms still considered secure today are Blowfish and Twofish. Taking the time to find which algorithm is right for your application could mean the difference between a secure and insecure system.

Encryption algorithms can be used to protect data at all stages of its lifecycle.  Encryption use cases can be generally classified into three categories:

Pros and cons of Encryption

One immediate benefit of encryption is exactly the reason you implemented it in the first place: it helps keep your data secure. Encryption provides an immediate safeguard against leaking sensitive information. There are many layers to a data security strategy, so what other benefits make encryption such a popular solution?

It is hard to argue against encryption as a critical tool for data security. Is there a catch?

Using encrypted data is a problem space unto itself. As we described earlier, you typically cannot use the encrypted value in normal operations without decrypting the value itself. Tokenization and data vaults provide a solution to this issue. The original plaintext value gets stored in a system (vault) outside of your application’s infrastructure, keeping it safe and secure. Instead of passing the ciphertext around your systems, you instead pass a token. Unlike encrypted data, it is not decipherable or reversible: it is simply a reference, not an encrypted or hashed value. You cannot “detokenize” a token into its original value without access to the vault.

While tokenizing provides a helpful abstraction layer over otherwise hard to use encrypted data, a token’s usefulness to a developer depends on its capabilities. Some tokenization services pass back only the reference to the stored secured value, while other platforms allow developers to configure and call back multiple properties of a token. For example, Basis Theory developers can index, mask, fingerprint, and alias all or part of the token and its secured encrypted data. This flexibility makes tokens a favorite of developers needing to balance utility, security, system complexity, and compliance as the data traverses different systems.

Learn more about what tokenization is and how it relates to encryption!

Hashing is often confused with encryption, but there is a distinct difference: a hash cannot be decrypted. Encryption creates a ciphertext that can be decrypted using the algorithm and the key, but hashing only creates the ciphertext and it cannot be reversed. In general, hash functions are used to protect data integrity, while encryption is focused on data confidentiality.

Hashes are used in situations where you don’t need to know the original value and only need to check if the hash matches another hashed value. Passwords are an obvious use case, because there is no scenario in which the application needs to know what the original password was; it only needs to know that the password the user entered is the same as the hashed password stored in the database. When logging in, the password the user entered is passed through the hashing algorithm and compared to the value in the database.

Hash functions are deterministic and collision resistant. This means that hashing the same input multiple times always produces the same hash output, but it is infeasible to find two different inputs that produce the same output. This makes hashing perfect for data integrity: the hash before and after an operation such as transferring a file to another system should match. If not, there was an issue with the transfer and some data is likely missing or corrupted.

However, hash function determinism has an obvious disadvantage: because the hashing algorithm always creates the same hash, hackers can use this to their advantage. If they know the algorithm, they can use existing lookup tables (known as rainbow tables) that contain both the plaintext and hashed values.  For this reason, applications like password storage use a random value called a “salt” to make identical passwords yield different hashes. Even though the salt is public, it makes rainbow tables worthless because an attacker would need a table for each possible salt. This forces an attacker to brute force the password, checking various possibilities until they find the right one.

Bringing it all together

There is no single answer for any of these questions. They are dependent on your application and tech stack, on your locality, on regulatory and compliance requirements, and more.

The complexity of these decisions are one reason tokenization is becoming a popular option for data security. Using a third party tokenization platform removes the complexity of managing a data encryption strategy, and gives developers powerful tools to safely and securely store and use sensitive data.

Want to learn more about Basis Theory or encryption? Join our Slack!